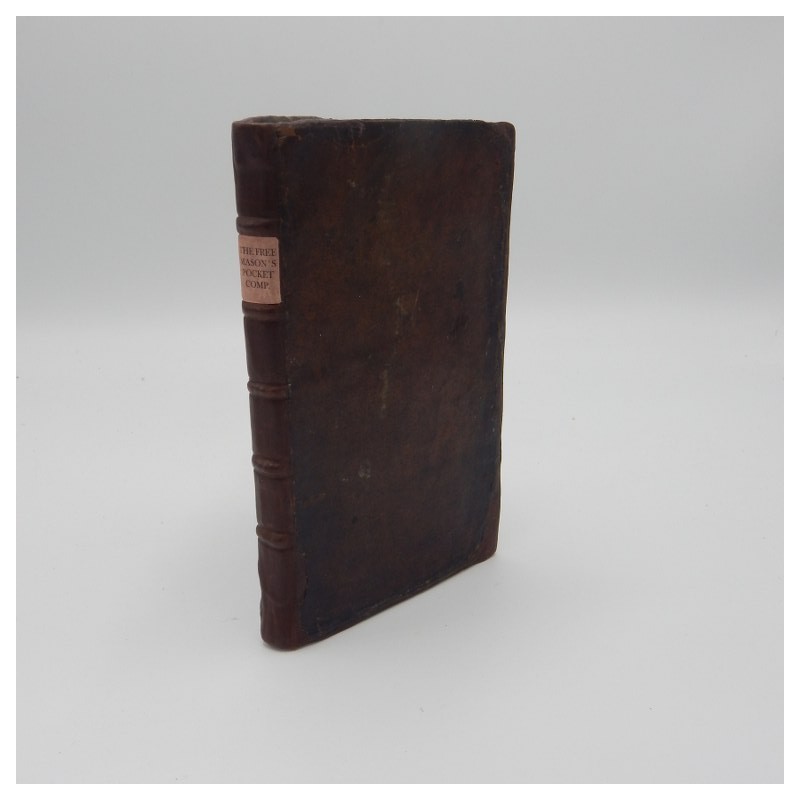 with a collection of the songs of masons,with seperate title-page ,dated 1737.

An early edition of this important eingteenth century manual for freemasons.While the constitutions of the free-masonshad been brought tp press by James Anderson in 1723 at the request of the grand Lodge of England, this work, by William Smith, who proclaims himself as "a free-mason" on the title page, was not issued under official sanction. In part it plagiarised Anderson's work and the Grand Lodge issued orders that brothers were not to buy it. When the first edition of Smith's work was printed in 1735 Anderson requestedbfrom the Grand Lodge to issue a second enlarged edition of his constitutions which appeared in 1738, the same year as this second edition of Smith's work was issued.

Smith 's combining of history,rules and regulations,masonic songs and listing of lodges proved to be a successful formula and the work was updated en reprinted.

All early editions are rare. This edition is not traced in ESTC. Vibert